Our rotary batch 2006-2007 Lead Team (RI theme that year was "Lead the Way) in District 3830 celebrated our 10th anniversary last night at Manila Hotel. It was also our beloved Gov. Butch Francisco's belated birthday party. What a night it was!

We were 72 Club Presidents in the District that time, so far 3 of our classmates have already passed away, and last night, about 36 of us came. Big turnout after all these years. Kudos to classmate Rose Acoba who informed and invited us. 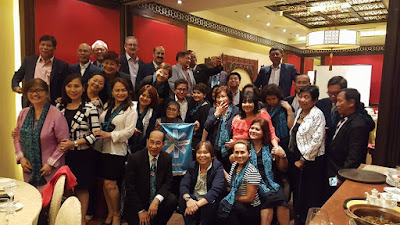 The man of the night, our beloved Past District Governor Butch Francisco. During our term, he was the President of PAGCOR and he organized many fellowships for us at different PAGCOR hotels. Last night, Manila Hotel President Joey Lina who was also our classmate, prepared really nice food and 10 bottles of red wine representing our 10 years anniversary. Gov Butch took the bill, part of his ever-gallant and unselfish character. 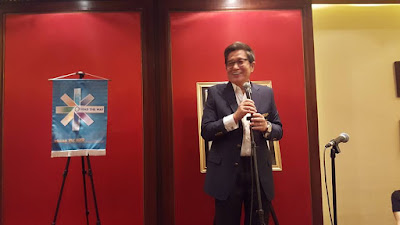 There was no formal program, just a get together and nice dinner. So I organized one, hehe. I was the MC and I asked all classmates to speak how they have been doing the past 10 years. Opening remarks was given by Joey and he briefly talked about the hotel, our resto, Mabuhay Palace, a very plush and  elegant place. Joey also sang the opening prayer.

The sharing of classmates was an eye opener for us. One classmate was a cancer survivor, another  is still grieving over the loss of her husband, another is taking care of her 90+ mother while pursuing her career, another survived a stroke and is on wheelchair, and so on. 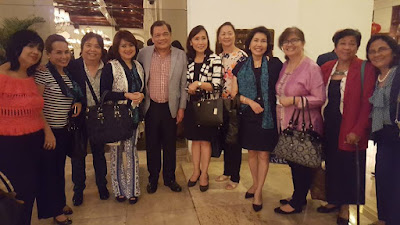 I came late, past 6pm while the others were there before 5pm. I did not see this place, maybe Joey toured them earlier. At Joey's left is Edwin Afzelius, the "Best President" awardee of the District during our term, and will be the next District Governor the current Gov. Edna Sutter. Ed will be the first Governor from our batch, great  man. 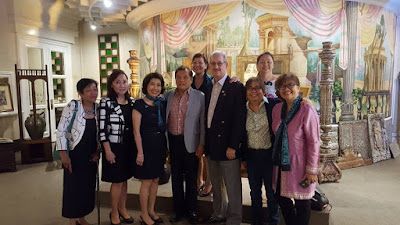 After the reunion, Ed invited me and Patty for a round of drinks at the  hotel  lobby, Joey joined us too. I had several glasses of red wine, then had 2 bottles of cerveza negra, my mind went weng-weng and I got drunk, hitched with Ed and he was very kind to bring me home. Soooper thanks again Ed.

I am very proud, very happy with my classmates, and most especially, with our Governor Butch. Soooper thanks again for that great and wonderful evening, Gov.